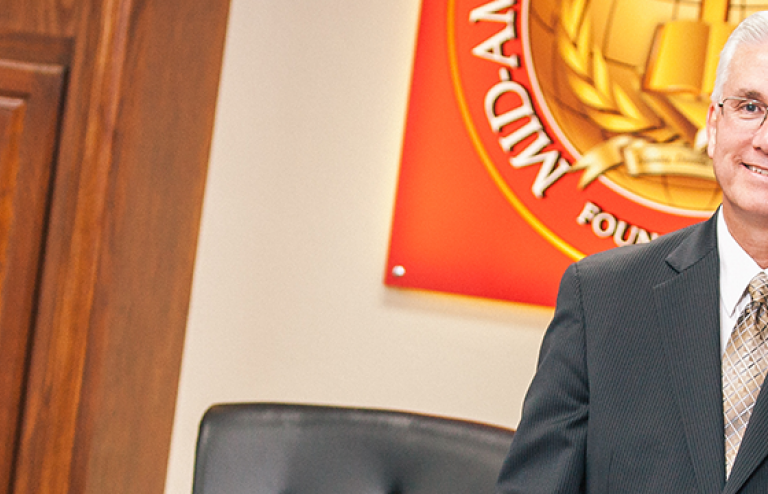 Mid-America Christian University’s President, Dr. John Fozard, announced today that he will retire in May at the end of the 2021-22 academic year.

The university’s fourth president, Fozard took the helm at MACU on July 1, 1999. During his tenure, the university has been able to pay off significant indebtedness and constructed several new academic, residential and athletic buildings. Fozard delivered a vision for the university to become a leading private university in distance learning, which resulted in Mid-America Christian University becoming a global university with growing student populations.

In 2019, MACU secured a USDA grant to assist rural Oklahoma public school districts with their STEM education goals. The university has provided technology and tutoring services to those districts’ teachers and students in three Oklahoma school districts. In 2020, the Department of Education designated MACU as a “Hispanic-Serving Institution.” The achievement was part of the strategic plan, which began in 2005 when the university established the Thomas School of International Studies. Today, TSIS has trained over 150,000 leaders throughout the world. In the past decade of Fozard’s tenure, MACU has achieved one of the highest student enrollments in Oklahoma’s counseling degrees and licensure programs.

“President Fozard’s servant-leadership and vision have led MACU from a time when the university’s survival was questionable to a place of stability and growth and as a premier Christian university,” said Dr. Randall Spence, Chairman of the MACU Board of Trustees. “He has led creatively and always with an eye to the future. He will leave MACU in a great place poised for an even better future.”

Fozard will continue to lead the university through May 2022 and is willing to serve as its Chancellor to aid in the presidential transition. He said he looks forward to a meaningful and productive year ahead.

“I want to express my deepest appreciation to the Trustees, faculty, staff, students, alumni and friends who have been such an encouragement to me over these 22 years of my presidency,” Fozard said. “My passion remains to do all that I can to advance the university’s mission and to expand upon what we have already begun together!”

Hyatt-Fennell will direct the nationwide search for MACU’s fifth president. To inquire about the job posting, email [email protected].