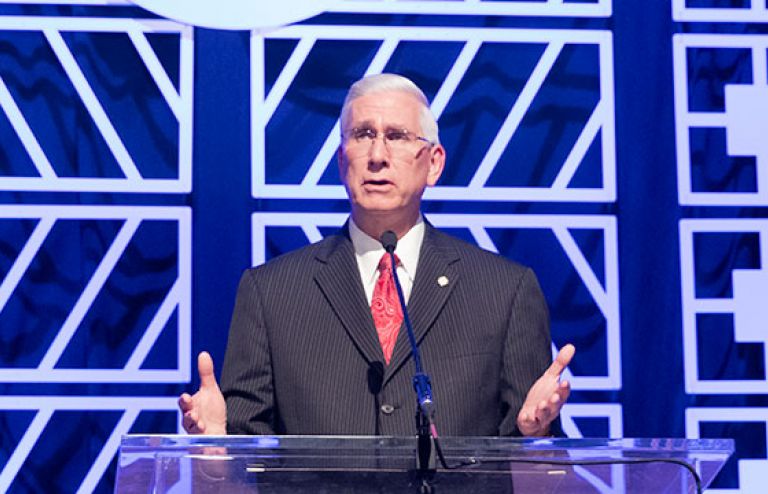 Fozard has spent a lifetime providing visionary leadership to churches, organizations and businesses. This year marked his twentieth anniversary as president at MACU.

Under his guidance, MACU has grown exponentially over the last two decades. When he assumed the helm in 1999, the university was more than $17 million in debt and facing closure. He saw the school become debt-free in 2006, and since that time, the university has grown to offer a hundred on-campus and online degree programs covering many different fields.

In his keynote address, Fozard noted it is the university’s intentional push for discipleship that truly makes it unique.

“This generation needs to be transformed by the love of Jesus Christ. People need someone to walk with them and share life with them in a way that goes deeper than a tweet or a text. This generation needs to be filled with the power of God’s spirit, not filled with the panic and pessimism that is brokered today in our society by those who profit in creating anxiety.”

He said that this year, 120 MACU students are taking part in discipleship with faculty and staff members. Some of those students have even begun to disciple their peers.

In addition to establishing the university’s discipleship initiative, Fozard also created two unique leadership groups for students: the Iron Men and the Women of Valor. The societies are structured to fulfill his vision of developing young men and women not only professionally, but as Christians who integrate biblical principles in the workplace.

The Salt & Light Award is given annually by CBMC to honor a man whose life is the personification of the “salt and light” that Christ asked believers to be in Matthew 5:13-16.