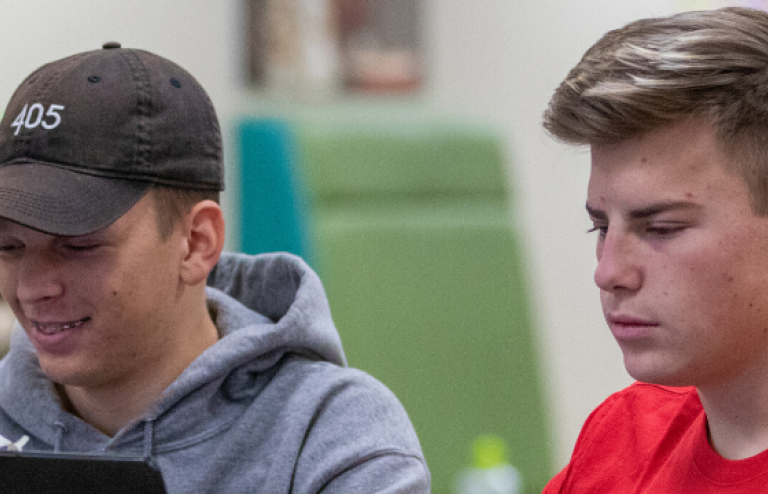 Almost 70 percent of young adults who go to college take out student loans to pay for college.

The number of college students graduating with significant debt is staggering — a recent report by the U.S. Federal Reserve showed that most students graduate already more than $30,000 in debt.

To help make earning a college degree more affordable for families, MACU offers a chance for high school juniors and seniors to get an affordable head start on their college educations with concurrent college classes.

High schoolers can take general education courses like English Composition and Government for just $175, which can add up to a significant amount of savings on their college careers. Families could save as much as $20,000 on tuition for the first two years of college.

“Concurrent classes significantly cut expenses for students and their families,” said MACU Registrar Stephanie Davidson. “On average, our concurrently enrolled high schoolers complete about one and a half years of college courses. If a student really put their mind to it, they could complete their associate’s program at minimal cost and go straight into core classes when they begin college.”

It’s an opportunity too great for parents like MACU alum Jamie Ward to pass up. His son, Brock Ward, began taking concurrent classes this summer.

“The price to take classes is unbeatable,” Jamie Ward said. “Being graduates of the college, my wife and I were already familiar with the school and excited to have Brock be a part of what helped to train us both spiritually and educationally.”

Since he began taking classes at MACU, Jamie Ward said his son has grown more disciplined with his studies and has grown more familiar with time management, effective research and operating by a syllabus — study habits that will suit him well in college.

He said his family almost felt that not enrolling their son in concurrent classes would be a disservice.

“Everybody knows the price of higher education is rising,” Jamie Ward said. “The ability to take college classes at a significant discount will provide a big financial relief for our family as Brock prepares to attend college full-time. We almost felt like it would be irresponsible not to take advantage of the opportunity.”

Although he admitted his parents were a big factor in beginning concurrent classes, Brock Ward said the experience kept him going once he got started.

“Originally, I thought that college classes would be extremely hard. But after the first week, I realized that the classes are challenging, but not impossible,” he said.

“MACU is really good at making sure to explain every aspect of your class and making sure you know how to do your assignments, how to contact your professor, what resources you should use and anything else you need to know.”

Brock Ward said taking concurrent classes has not only helped prepare him academically and given him a jumpstart on his degree, but it also has given him valuable experience for college life.

“Taking concurrent classes has helped me with the experience of talking to a professor when I get confused and even just having conversations with other college kids,” he said. “MACU has made it really easy for high school students to take concurrent classes, and they are helpful in every way possible.”

It’s a sentiment shared by fellow concurrent student Josh Lewis, who began taking college classes in 2018 during his junior year.

“The professors and staff are there to help you,” Josh Lewis said. “The skills and knowledge I’ve learned in my classes are helping me get to the next level in my academic career. My professors know what they’re teaching, but they’re still really approachable and easy to talk to.”

His mother, Jennifer Lewis, said that’s one of the many benefits to come out of her son’s concurrent enrollment.

“We enrolled Josh in concurrent classes for several reasons,” she explained. “We wanted him to get a cost-effective jump start on his college education, but we also wanted him to get an idea of how college courses differ from his high school classes and experience life on a college campus.”

As a high school athlete, Jennifer Lewis said it was imperative for classes to work with her son’s busy schedule.

She described MACU as the perfect fit for him not only academically but also spiritually.

“He has quickly learned that he can go to any of his professors for advice, guidance and assistance to maintain his coursework while remaining active in his high school athletics. The professors at MACU have been more than accommodating and understanding of his schedule,” Jennifer Lewis said. “From a spiritual perspective, he has gained insight from instructors who are able to integrate the Gospel into their field of study without reservations.”

She said the family did a lot of research on concurrent enrollment before enrolling their son in classes at MACU — and she recommends the path to all families of high schoolers.

“We looked at some alternatives and found that other schools offered classes at two to three times the cost of MACU’s courses,” she said. “Concurrent classes have helped our family financially and allowed Josh to get his basics out of the way so he can focus on his career path.”

To enroll in concurrent classes through MACU, high school students must have a cumulative GPA of 3.0 or above and a minimum composite score of 20 on the ACT. A student may enroll in a combined number of high school and college courses per semester not to exceed a full-time college workload of 15 semester hours. Students cannot take more than six hours of college-level work per semester without approval from their high school counselor.

If you are interested in enrolling your child in concurrent classes at MACU, you can visit apply.macu.edu to complete the free application and begin the enrollment process. You can also call 405-691-3800 to speak with an admissions counselor.